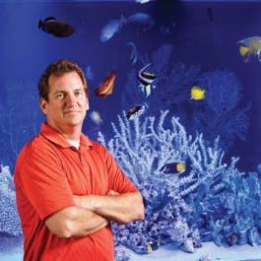 who is the “arizona fish guy”?

You may know of Mark Collier by his other “name”— the Arizona Fish Guy. Mark has been designing, installing and maintaining custom aquariums for residential and commercial clients for nearly 25 years. He estimates his creations number several hundred.

The Phoenix native says he was fascinated by fish and aquariums as a boy. His father was a hobbyist, and Mark spent much of his free time at the local fish store. He jokes that he was there so often the owner felt compelled to offer him a job, and he started working for the company after graduating from high school.

For the next 10 years, he learned all he could about designing and installing tanks while also doing extensive research on fish. In the late 1990s, he branched out and started his own firm, Custom Marine Aquaria.

Mark says that one of the things he enjoys most about his job is coming up with designs that push the boundaries of typical tanks.

Mark approaches each and every installation as if it were a custom masterpiece whether building a 75 gallon free standing aquarium with standard cabinetry or a 2500 gallon built in with exquisite detail and top of the line life support.

“Everyone always asks me, what’s the largest tank you’ve ever built? My largest to date is a 30 foot nearly 4000 gallon aquarium in a beautiful home in Fountain Hills, which landed me in the New York Times. The two largest aquariums that we maintain are 11,000 gallons and 18,500 gallons, one saltwater one freshwater.”

Like many other companies, Custom Marine Aquaria was started in the garage at home with the dream of building his own company. In 1999 Mark Collier made the decision to leave his long time employer of 10 years, Steve Poleo of The Aquarium in Phoenix. Steve had built his reputation as the best and most meticulous custom aquarium installation company in the Valley. As Steve moved on to the wholesale supply side of the hobby, Mark took his years of apprenticeship and put them to use to build one of the largest and well-known custom aquarium installation and service companies in Arizona.

Mark Collier of Custom Marine Aquaria (AKA Arizona Fish Guy) has been involved in the saltwater business since 1987. His reputation has been built on unmatched service and exceptional aquarium designs.

We are aquarium design experts, giving thought to the whole installation process to ensure a spectacular display. Starting up a saltwater aquarium is an exciting venture; our complete aquatic systems consist of aquarium cabinets, efficient life support as well as custom-manufactured acrylic aquariums in standard shapes as well as cylinders, bull nose and bow fronts. We can provide live rock reef setups, skeletal coral displays or fabricated coral reef inserts.

We are also available as consultants for your large aquarium project. We have worked closely with the following industry leaders:

We are available for custom installations, consultations and design nationwide for residential, commercial, and institutional jobs. We can refer a local service tech or train your staff on the husbandry needs of the aquarium display. Our routine maintenance service is limited to Arizona. 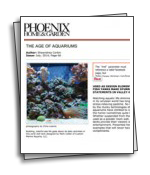 In 2014, we were again featured in the Phoenix Home and Garden Magazine in the article “The Age of Aquariums” 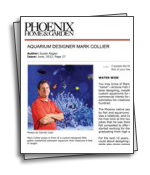 In June 2012, We were featured in the Phoenix Home and Garden Magazine in the article “Water Wise”. The monthly “Portrait” highlights local entrepreneurs. 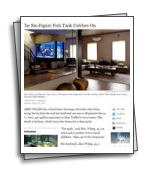 In 2010, we were featured in the New York Times article “The Six-Figure Aquarium” 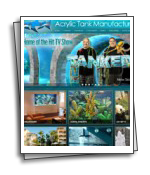 As of 2013,  We have entered into a relationship with Acrylic Tank Manufacturing as their Arizona Affiliate to engage with local Installations and Maintenance of some of their award winning aquariums. They are known for the Hit TV show Tanked. 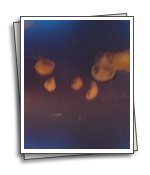 We were the first to bring public jellyfish displays and a breeding facility to Scottsdale, Arizona.

Watch this video of our custom 800 gallon saltwater tank and setup on YouTube.

Some of our past and present maintenance and installation clients include:

We're not around right now. But you can send us an email and we'll get back to you, asap.